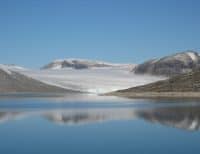 JOSTICE is funded by the Norwegian Research Council under the programme KLIMAFORSK. JOSTICE started on January 1, 2020, and is administrated by Western Norway University of Applied Sciences

The objective of the JOSTICE project is to assess the present and future changes in mass balance, runoff, ice volume and local climate of Jostedalsbreen, and determine the societal impact of these changes on hydropower production, tourism and agriculture. [Link]

Glaciers contribute to sea level rise and to local and regional water supply. Moreover, they are highly evident indicators of climate change. Mountain glaciers and their mass changes are particularly difficult to measure and to detect, mostly for inconvenient logistical circumstances. As a result, only from few glaciers we have annually reported bulk mass balance information from which researchers extrapolate to larger and unobserved regions with considerable uncertainties. This unsatisfying situation can be substantially improved when analyzing the mass and energy fluxes that drive glacier changes using (spatially) distributed modeling at high temporal resolution. The largest unknown to be overcome is the development of the snow cover from precipitation to wind-induced redistribution and densification and, finally, its degradation.

The seasonal duration of the snow cover depends on these processes and, through its high reflectivity against sunshine, dominates the wellbeing of a glacier. Theory and understanding of processes is well advanced and models are ready to be tested and used, yet respective measurements are missing. We will combine the expertise of our team members from the Universities of Innsbruck, Erlangen-Nuremberg and Saskatchewan with the logistically suitable, data rich, and well equipped Hintereisferner in the Ötztal Alps, Austria, for developing and calibrating novel model tools that can push mass balance studies a large step forward in glaciology. In the end we aim to obtain an effective parameterization of snow drift, which will not only increase the process understanding of glacier-climate interactions, but also be available for future studies of glaciers in climatic settings around the world.

This research project makes a contribution to the understanding of the interaction between dynamic processes and the spatial and temporal variability of precipitation in Patagonia. The aim of the project is the quantification of relevant processes, which provide new insights on relevant mechanisms on precipitation generation. Dynamic and thermodynamic flow properties are studied in detail by means of high-resolution numerical simulations. Simplified analytical models are further used to study the sensitivity of atmospheric perturbations on the precipitation distribution. The results obtained by this study provides valuable information for hydrological, glaciological and ecological topics.

The COST Action VALUE (2012-2015) will provide a European network to validate and develop downscaling methods and improve the collaboration between the dispersed research communities and with stakeholders. The Action will sytematically compare the different downscaling approaches and assess the aspects listed above. [Link]

The project GIS-Klischee has the target to estimate the local snow potential on the basis of measured and projected climate data, relief parameters, surface types, wind flow fields and radiation using satellite imagery. The impacts on winter sport tourism will be assessed on probable change scenarios precisely for an area, derived from regional climate model calculations. The inclusion of Geographic Information Systems (GIS) enables the integration of data in existing infrastructure, ecological precedence areas and economic parameters, so that an expert system, which can be used for spatial planning, is created. Investment decisions can be prepared and different adaptation strategies can be suggested depending on the modelled snow cover availability. [Link]

The overall goal of TR32 is to clarify the origins of and the interrelations between spatial and temporal patterns of each single component within the soil-vegetation-atmosphere system using innovative monitoring and modelling approaches. Spatial and temporal structures of physical parameters (e.g., soil hydraulic conductivity), state variables (such as soil moisture or air temperature) and processes (for example fluxes of CO2, water and heat) can be observed on all scales. The detection of these patterns and the understanding of the interactions involved are required to represent the different spatial and temporal scales in numerical models. [Link]

The project is part of the BMBF F&E (Bundesministerium für Bildung und Forschung, Forschung & Entwicklung) cooperative project: “Tibet and Central Asia: Monsoon Dynamics and Geo-Ecosystems” (CAME). This project investigates the coupling of climate and hydrological cycles on the example of benchmark drainage basins on the Tibetan Plateau and adjacent mountain ranges. The selected drainage basins are hydrological systems with glaciers, lakes, rivers and wetlands with characteristic structural properties for the Tibetan Plateau. 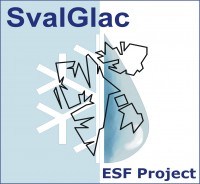 SvalGlac – the European Science Foundation Project is one of the six proposals implemented within the European Polar Board programme – PolarCLIMATE. It is financed by the national funding agencies and some polar ones, also outside of Europe, as partners. Principal investigators and associated partners represent thirteen countries.
Main Project objectives spread on two PolarCLIMATE themes:

We investigate the energy and the mass balance of an Arctic glacier (Kongsvegen, Svalbard) and their interactions with the atmospheric boundary layer. The approach is based on extensive meteorological and glaciological observations and numerical modelling. Simulations are performed in local and spatially distributed modes aiming at better understanding of the atmospheric and subsurface exchange processes and the response of the glacier to changes of the meso-scale atmospheric conditions. In this context we also study the skill of different data sets and methods to derive spatially distributed data for initialisation and forcing of snow/ice energy balance models. [Link]

The central goal of the research is to improve our understanding of atmosphere-cryosphere interactions on the TiP by adding new data and improved methods on short- and long-term variations in energy and mass balance components due to large-scale atmospheric forcing, including variations and shifts in glacier dynamics induced by climate change. Field studies and remote sensing data analyses will focus on glaciers in the Nyainqentanglha Mountains near Nam Co, where the Institute of Tibetan Plateau Research (ITP) of the Chinese Academy of Sciences (CAS) operates a research station. [Link]

The Gran Campo Nevado Project investigates the spatial and temporal interactions of the climate and the local ice masses in southern Patagonia. One project dealing with the dynamic and thermodynamic processes and the associated orographic precipitation structures in southern Patagonia is currently under review.

Simulation of air traffic near airports with iterative coupled simulations of aircraft movements and environmental impacts. Visulisation and auralisation of simulation results by means of Virtual Reality. Boost-Fund-Project funded by the RWTH Aachen  University [Link]